What Are the Risks if an At-Fault Party Has No Insurance?

The law in Massachusetts requires motorists who are more than 50 percent responsible for serious accidents to compensate injured victims or surviving family members of those killed in the collision. Unfortunately, car accident injuries can be very expensive to treat, and few people can afford to cover costs out of pocket. This is why Massachusetts also requires every driver to have at least $20,000 per person and $40,000 per accident in bodily injury liability coverage. 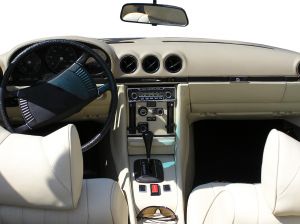 The problem is, not everyone complies with these laws. In fact, USA Today reports that around four percent of Massachusetts drivers are going without the required coverage.  At the Law Offices of Mark E. Salomone, our uninsured driver accident lawyers serving Boston, Worcester, Springfield and all of Massachusetts know it can be a financial disaster for all involved if the at-fault party has no insurance.

If the at-fault party for a car accident has no insurance, the victim who was injured in the crash can obtain compensation for the accident through the uninsured motorist coverage of his own auto policy, through a household member's policy, or through the insurance company of the car he was in when the accident happened. Massachusetts law mandates that drivers purchase $20,000 per person and $40,000 per accident uninsured coverage (the same minimums as for liability coverage). The purpose of these policies is so that the injured car accident victim can recover money even if the driver to blame has no insurance or assets. The insurer will essentially stand-in for the at-fault driver.

This seems to solve the problem of an at-fault party having no insurance, but there are still some issues accident victims face. For example, the victim’s insurer might not offer to pay the full amount of compensation for injuries and losses that resulted from the accident or the uninsured coverage may not adequately compensate victims for their injuries.

If the insurer doesn't pay the claim as required when an accident victim makes a claim with his or her own insurance company (as he would in an uninsured motorist claim), the injured party is limited to pursuing a bad faith cause of action against his insurance company. In other words, he can sue the insurance company only for an unreasonable failure to offer a fair payout.

Bad faith claims against an insurer can be more technical and harder to handle than a traditional personal injury claim against a driver who causes a car wreck, making it harder for an accident victim to recover full compensation for losses than if the driver responsible for the crash had insurance.

Risks for An At-Fault Driver Who has No Insurance

When an at fault party has no insurance, that driver is at risk as well.  He could be personally sued by injury victims. This means he’d be responsible for covering all of the legal bills for defending the lawsuit and compensating the victim if the plaintiff won and the driver was found to be liable for the crash. This could be financially devastating. For a spinal cord injury that causes paraplegia, for example, the medical expenses could run over $1 million for the first year and close to $200,000 per year after that.  The driver who is ordered to pay this amount to an injured accident victim would likely be unable to pay and could face financial ruin.

If a driver hurt you and the at fault party has no insurance, you still have options for getting car accident compensation. Call 1-800-WIN-WIN-1 to schedule a free consultation with a car accident lawyer at the Law Offices of Mark E. Salomone.