The National Highway Traffic Safety Administration has worked carefully to create a strategic plan and to publish new guidelines to improve driver safety among seniors. The agency’s new guidelines and plan address an issue that is likely to become a growing concern in the United States: the aging of the driving population. 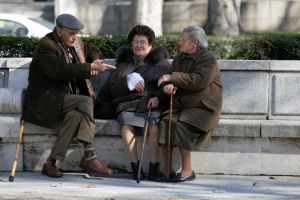 An experienced car accident attorney in Boston knows that senior drivers tend to have a high rate of accidents and, other than teenagers, are most likely to become involved in collisions. The issues leading to accidents caused by seniors are different than the public-health problems plaguing other drivers, like increased cell phone use. Instead, the reasons seniors tend to have more crashes are age-related and include slower reaction times and physical and cognitive impairments that often occur with age. The NHTSA needs to deal proactively with the risks presented by seniors, and its new plan and guidelines are a good start.

One of the cornerstones of the NHTSA’s efforts to deal with aging drivers is the publication of the first-ever Older Driver Highway Safety Program Guidelines. States are encouraged to review the guidelines and to work from the suggestions within them to identify and help at-risk senior drivers before accidents happen. The guidelines were developed by the NHTSA after the agency reviewed best practices from around the United States.  The guidelines encourage collaboration at the state level among senior service providers, doctors, drivers’ license officials and state departments of transportation.

The NHTSA also has plans to make vehicles safer for seniors. These plans include researching new crash avoidance technologies as well as a vehicle-to-vehicle communication system. The technologies being researched will help all drivers, but especially seniors since the technologies target the issues that seniors are most likely to experience behind the wheel.

Because it isn’t enough to just make some cars safer, the NHTSA is also going to be considering the features that cars can offer seniors and will be grading the vehicles on that as part of a new “Silver” rating system. Seniors can look at the silver rating and see if the car is well-designed for someone with their age bracket.

Finally, the NHTSA is going to try to better understand and shape driver behavior. The increased understanding of motorists could come from improved data collection systems, which will be more equipped to record information such as cognitive, physical and perceptual changes that are associated with the behavior of senior drivers.

Ultimately, individuals and families are the ones who best know how a senior is behaving and what cognitive or physical limitations have developed. However, the NHTSA guidelines and best-practice suggestions mean that even seniors who don’t have family members who step in may be identified as at-risk and thus could avoid a car accident caused by their dangerous driving actions.  Everyone benefits when seniors stay off the roads if they cannot drive safely, and the NHTSA efforts will hopefully help avoid accidents by providing more insight into how senior drivers should be evaluated.