According to Boston.com, a 19-year-old driver struck and killed a 63-year-old-woman in early November. Despite pleas from his friend in the vehicle to stop the car, the driver left the scene of the accident. The young driver returned to the crash scene a short time later, identifying himself as the driver, telling police that he knew he hit something but did not know what and he panicked. 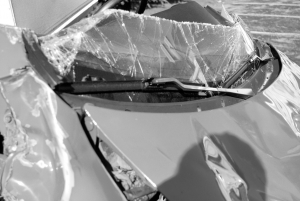 Witnesses to the accident indicated that the young man driving the car did not appear to have been speeding and likely did not see the victim who was struck by the vehicle. His driver’s license was active at the time of the crash and witnesses indicate that the woman who was crossing the street “made a bold move” and appeared to be trying to use her flashlight to stop traffic.

The teen’s decision to leave the scene of the accident could have serious consequences as hit-and-run laws require drivers to stop after they become involved in a traffic accident.  Any car accident attorney in Boston knows that it can be frightening for a driver to become involved in a crash, especially a young driver. Parents need to make sure kids know what to do if they are involved in an accident, and parents should also take steps to teach teenagers about driving dangers so they can avoid being involved in a crash.

The NHTSA has identified five key things that parents should talk to teen drivers about in order to reduce their accident risk. As part of its new “5 to Drive” campaign, the NHTSA has information available that parents can use to talk to their kids about:

This list was created based on data about the top causes of teen car accidents. In 2011, for example, speed was a factor in 35 percent of fatal car crashes involving teen drivers and more than 50 percent of teens who died in accidents didn’t have their seat belts on. Drunk driving teens were also involved in 550 fatal crashes in 2011 and 12 percent of teens who were killed in auto accidents were distracted at the time of the collision. By having a conversation with their kids, parents can help them to make smarter choices and avoid these risks.

Parents should also make clear to their teen drivers that they must always stop if they hit someone in order to avoid breaking the law and facing potential criminal charges.