Car Accident Claims When An At-Fault Driver Has No Insurance

Our Boston uninsured motorist lawyers at the Law Offices of Mark E. Salomone know that many car accident victims incur significant monetary losses and that this damage should be covered by the at-fault motorist or other responsible party. 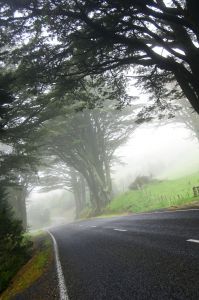 The costs of an accident are usually paid not by the driver personally, but by the at-fault driver’s car insurance.  In fact, the Rocky Mountain Insurance Information Association reports private insurance companies pay around 50 percent of all costs associated with motor vehicle crashes. Sometimes, however, the driver who caused the crash doesn’t have the insurance coverage the law requires. If you have been in an accident and the at-fault driver has no insurance, there are three primary options available to you.

Option 1: Make a Claim With Your Own Insurer if the At-Fault Driver Has No Insurance

Drivers in Massachusetts have to buy $20,000 per person and $40,000 per accident uninsured motorist coverage.  These are the same minimums required for bodily injury liability policies.  The purpose of requiring uninsured motorist coverage is to make sure no one is left financially ruined if an at-fault driver causes a collision with no insurance.

This is typically the best choice for most individuals harmed by an at-fault driver lacking auto insurance. In such cases, you are filing a claim against your own insurance carrier and should not expect that company to be looking out for your best interests. Consulting an experienced Boston car accident attorney is the best course of action.

Option 2: Determine if Someone Else Was to Blame

In some cases, more than one person is responsible for an accident. If there was another driver who contributed to causing the wreck, or if there was a defect in the road or in the vehicle, then your attorney may be able to take legal action against someone other than the uninsured driver.

The ability to find a third party besides the at-fault driver with no insurance is going to vary depending upon the situation.

Option 3: Make a Claim Against the Driver Personally

A injured victim through their attorney can file a lawsuit and sue the driver personally if the motorist caused a crash. When the jury decides the case and awards damages, or if the defendant decides to settle, then the injured victim will recover the money directly from the defendant.

This is a viable option if the at-fault driver has significant assets. But it's a much trickier proposition if the at-fault driver has little. While you could win in court, the old saying that you can’t get blood from a stone is applicable here: Simply put, you can’t make someone pay money they don't have. You could try to get liens placed on the driver’s property or garnish their wages if a court decides they have to pay your claim, but it might take a long time to collect what is owed.

If you are hurt in a collision and the at-fault driver has no insurance, you still have options for getting car accident compensation. Call 1-800-WIN-WIN-1 to schedule a free consultation with a car accident lawyer at the Law Offices of Mark E. Salomone